Needed a break in my book writing so I thought I’d read a little. I was reading an article about your online profile. It’s basically what people can find out about you from the information that is publicly available online. So, I thought, what is available online when I type my name in Google. (BTW – I don’t make it a practice of Googling myself. It just feels dirty.) Anyway – here are a few interesting things I found out about myself at kgbpeople.com/people/david-petersen

OK, enough of this wasting time. Time to get back to something more important, like teaching small children the basics of Podiatry.

Yesterday was the Marine Corps 234th Birthday. As our custom, I called my bro’ Paul and wished him a Happy Birthday. We hadn’t talked for about a year but it was as if we were still onboard the USS Raleigh in the middle of the Persian Gulf talking about our dreams, goals and our wives. We didn’t know each other very well before that deployment but by the end of the deployment, we became brothers. It’s been about 16 years since I’ve seen him. When we talk, we speak about how fun it would be to get back together. Another year passes and we do it all over again. Our kids grow older, our hair gets grayer (or in Paul’s case – becomes non-existent). But one day a year, we are back on that ship. Laying on the deck staring up into the vast theater of stars provided by God, talking about life and solidifying our bond as brothers.

It is with this fond memory that I wish all who served a Happy Veterans Day. The bond we share is deep and only fully understood by those who have served. God Bless those who are standing in harms way today – forming the bonds that will last them for the rest of their lives. 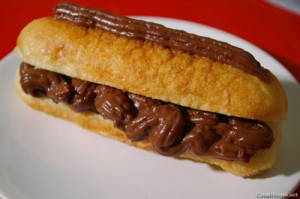 I was reading Phil Gerbyshak’s, Make It Great! blog today and his most recent post featured a video of 10 year old Dalton Sherman delivering a keynote address to 20,000 school teachers and administrators in Dallas. It is an amazing video. The boy has amazing presence. It will be fun to watch him grow up – to see what he becomes. Watching him now – he is poised to become great and to do great things.

Take 9 minutes out of your day to watch and listen to his message.

If you can’t see the video above, click here to watch the video.

As our own financial world crumbles around us, it could be worse. I just read the following…

This week while many people in the United States were fretting over the credit crisis and its effect on their 401Ks, Christians in the Indian village of Sindhipankha were mourning the death of their friend Dushashan Majhi. A bold Christian, he was shot on Oct. 3 by a band of Hindu militants who then cut his body into pieces.

The people in Sindhipankha do not have 401Ks. Many of them, in fact, no longer have homes. Across the state of Orissa, in northeast India, Hindus have ransacked and burned hundreds of Christians’ houses and churches during the last two months. Hundreds have died.

“The violence in August and September of 2008 has been the worst in our 2,000-year history in India,” says John Dayal, an Indian journalist and founder of the All India Christian Council. “Fifty thousand are homeless and 30,000 are hiding in forests, chased like animals by Hindu fanatics who are forcing them to become Hindus or die.”

The number of deaths continues to climb in India while most Americans are consumed with the stock market and the Obama-McCain contest. (You won’t hear too much about the anti-Christian attacks from the mainstream media.) I wonder: Could we call a brief timeout and pray for the persecuted church on the other side of the world? more…
from Fire In My Bones – J. Lee Grady

Reading that article grounds me. When was the last time a Christian was hacked to death in America? Are Christians in America hiding in fear for their lives? When you are facing death – a drop in our 401Ks seems pretty minor. It’s all about perspective.

I try not to be political on this blog but I am just amazed that during this presidential election, Obama has been given a pass in the press… I was just amazed then to see this on YouTube by CNN.

I don’t claim to be the smartest person in the world but it seems that the solution to this is to get cash flowing. Right now, the people who need cash don’t have it and the people who have cash are hanging on to it. Regardless of how we got here, something has to be done. Here is my suggestion:

I’m sure there are other ideas out there that make sense also – I can only speak to what I have experience with. I know the effect the above steps will have on the economy would be positive.

The second part is that we need to “Enron” all those involved in Fannie Mae, Freddie Mac and any other company involved in this fraud. I am discouraged that I don’t see any hint of an uproar over the failure of either one. From everything I have heard, they did the same thing to their balance sheets as Enron did.

Now – would a certain Maverick please step up! Someone has to lead!