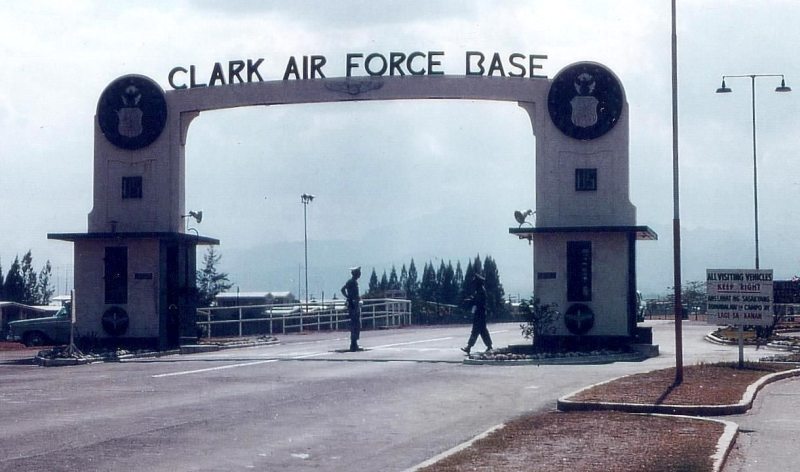 I spent two years stationed in Okinawa. Of those two years, I also got to visit South Korea, mainland Japan, the Philippines, Thailand, Singapore and the Persian Gulf. It was the adventure I signed up for and inspired me to buy 9mm ammo! As I mentioned earlier, I hadn’t been out of the country and one of the reasons I wanted to be stationed overseas is to see the world, and I did! Each country has a story, so we’ll start with the Philippines.

At least once per year (and more if we were lucky), we got to go to the Philippines and train with the Air Force at Clark Air Base. It usually coincided with a training exercise called Cope Thunder. Once we landed at Clark, we would drive our vehicles to Camp O’Donnell, which was closer to Crow Valley where we would be training. If we weren’t training, we usually got liberty in Angeles City.

The training was fun and about as real as we could hope for. We would set up our positions around Crow Valley, which was the gunnery range, and practice tracking aircraft as they would fly through the valley. As the jets flew through the valley, they would drop dummy bombs and/or strafe targets with their guns. One position I was in was at the beginning of range. The jets would fly over our position firing at target just in front of us. It was a very surreal feeling listening to live rounds flying over our heads and hitting targets a few hundred yards down range. We had our training missiles with live seeker-heads so we could track them, lock on and practice firing the missile (nothing would actually fire). Sometimes we would have these styrofoam missiles, called Smokey Sams, that we would launch at aircraft to provide the pilots with a visual of a surface-to-air missile.

One day, my partner and I were manning a site with Smokey Sams. While one of us tracked the aircraft with out Stinger missile, the other would shoot the Smokey Sam at the aircraft so they could practice their evasive maneuvers to get away from an anti-air missile. We saw an Australian F-111 bomber flying low through the valley and disappear behind our position, only to pop up and fly real close to our position. I fired the Smokey Sam and it flew up and hit the nose of the aircraft! That had never happened before and we weren’t supposed to be aiming right at the aircraft, but I guess I timed it just right and the aircraft was low enough. The next day, we were visited by the pilot. He wanted to see how we were able to actually hit him. We explained that actually hitting him was a mistake, but after about 5 minutes of instruction on the Stinger missile, he was able to see how easy it was to track and lock onto an aircraft, especially one as large and slow as an F-111.

Another day, my team was at another location further in the valley. We were watching aircraft drop their bombs and then they would fire flares as anti-air missile decoys. On this one particular day, an F-4 was coming through the valley and all of a sudden, we saw a bright flash out of the back-end and it started falling out of the sky. It was coming toward us and we had no idea what to do. My partner was on the radio and he was yelling, “An F-4 is crashing, an F-4 is crashing!”, all while running. We saw the pilot eject and then the jet went up and then crashed into the valley. It was an awesome site! While searching for a picture of Crow Valley, I found a link to a video of an F4 crashing in Crow Valley. The date on the video is around the time I was there so it could possibly be the one I saw. The funniest part of that day was that after the crash, an Air Force helicopter landed at our position and an Air Force officer got out and started running toward our position. He yelled, “Come on Marines! Follow me!” and proceeded to run toward the crash site. We just laughed as we followed him because it sounded so funny coming from an Air Force officer. He tasked us to guard the crash until other Air Force units could get there.

One interesting aspect of our training at Cope Thunder. The times that we were there, there were Communist Guerillas training in the area and they were known to kidnap Americans for ransom. They would also steal equipment and sell it back to the military. Every time we went out to train, we were issued our weapons and live ammo. Once we were back on base at Camp O’Donnell, we had to check our weapons into the base armory because the Air Force didn’t trust the crazy Marines to have live weapons in their barracks. The funny part is that we still had valuable equipment in our barracks, so our guards had to walk their post with an axe handle instead of a weapon!

Cope Thunder was a long training exercise and we would spend days in the field and then we would get a few days liberty in Angeles City, where Clark Air Base was. Most of my unit never made it on base. There were a lot of bars in Angeles City and one called the DMZ was owned by a Vietnam-era Marine. It was our home base. Most of us didn’t leave that bar except to sleep.