Flatland Church is doing a great new series on Christmas. Recently they linked to this video and a short devotional and story to go along with it. 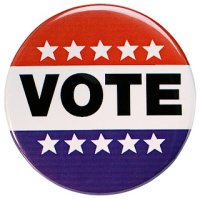 Tomorrow is Election Day so make sure you go out and VOTE! I don’t care who you vote for – just go and VOTE. You’ve heard it before but if you don’t vote – you don’t have a right to complain. So VOTE!

Regardless of who wins this election, on November 5th, I will still be praying for our leadership. Isn’t that what all Christians should do? Pastor Jeff Leake has a great response when he is asked, Are you going to speak on the election? You can read the complete post at his site but here is a summary of his points:

I really like one of his last statements, “I think it is safe to say that neither Obama nor McCain is the hope of the world. That is Jesus. It is also safe to say that neither candidate will be as much a threat as Nero, Herod, or Mao. If the Kingdom can expand under their leadership, I am confident God can continue to work no matter who is elected in 2008.”

Another Pastor that I read frequently is Mark Batterson. He pastors National Community Church in Washington D.C. His church is unique in that the livelihood of a lot of his congregation is dependent on the election. His church regularly goes through a change with each election cycle. He has a sermon series called the Elephant in the Church where he discusses issues that everyone knows are there but don’t want to talk about in church. This week is the Political Elephant. I urge all of you to listen to or watch his message. It is a great perspective.

So – I will be voting. I will be voting my conscience. I will be voting based on character, values and vision. When the next president is sworn in, I will commit to pray for his leadership regardless of who wins the election. My hope is in Christ – not the president. Besides, like I have said in other posts, I’ve read the book. I know who wins! 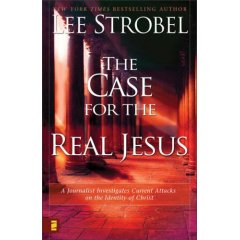 About a year ago, I wrote a post entitled, The Ultimate Doctrinal Question. It was a fun look at how cerebral some churches can get. At Flatland (formerly Grace) we want to be a church who welcomes everyone. We’re beginning a new teaching series called Why Should I Belong?, where we look at reasons why someone who questions the need for organized religion might want to be part of a church, and specifically, if you are in the Omaha area, why you might want to be part of Flatland Church. You are welcome to attend our services, Sundays at 9:45am and 11:00am, to find out what is happening.

If you can’t make it in person, subscribe and listen to the podcasts! If you don’t use an RSS aggregator, you can see all of the podcasts at the website.

The other day, I was reading a book that discussed objections that some people have for not believing in God. One of the reasons was that they couldn’t (wouldn’t) believe in a God that would send good people to hell. It’s hard to think about good people possibly ending up in hell. We all know people who, while they don’t especially believe in Jesus, they are good people. They do good things. This objection also comes up in discussions about “alternate” ways to heaven. Lately, a lot of people have been espousing ideas that although we have chosen Jesus as our way to God, they believe that there are other ways to come to God. The argument goes, who are we to know the mind of God? Could a Buddhist, or Muslim who is devout still go to hell?

On the first day teaching his class of 250 college freshmen, R. C. Sproul carefully explained the assignment of three term papers. Each paper was due on the last day of September, October, and November. Sproul clearly stated there would be no extensions (except for medical reasons). At the end of September, some 225 students dutifully turned in their papers, while 25 remorseful students quaked in fear. “We’re so sorry,” they said. “We didn’t make the proper adjustments from high school to college, but we promise to do better next time.” He bowed to their pleas for mercy, gave them an extension, but warned them not to be late next month.

The end of October rolled around, and about 200 students turned in their papers, while 50 students showed up empty-handed. “Oh, please,” they begged, “it was homecoming weekend, and we ran out of time.” Sproul relented once more but warned them, “This is it. No excuses next time. You will get an F.”

The end of November came, and only 100 students turned in their papers. The rest told Sproul, “We’ll get it in soon.”

The students howled in protest, “That’s not fair!”

“Okay,” Sproul replied, “you want justice, do you? Here’s what’s just: you’ll get an F for all three papers that were late. That was the rule, right?”

“The students had quickly taken my mercy for granted,” Sproul later reflected. “They assumed it. When justice suddenly fell, they were unprepared for it. It came as a shock, and they were outraged.”

Like the teacher, God has given us the assignment ahead of time. Jesus said that He is the only way to the father. No one comes to the father except through Him. God is gracious. He demonstrated his grace by sending his son, Jesus to pay for our sins. If we ignore that grace and decide that there are other ways to God, then we decide (either consciously or unconsciously) to face His judgement.